By 1700, the elk, wolves, bear and Indians (Monasiccapanoe/Monacan) had left what was to become Louisa County to make way for its settlement. The reason for the late colonization of Louisa County was because it was an interior landlocked area of the Piedmont in Virginia which was difficult to reach.

As settlers moved up the river valleys, the number of land patents increased. The growing population led to the creation of a separate county. The county was created when the population became large enough to support a courthouse.

The county separated from Hanover County and was named after Princess Louisa, the youngest daughter of King George II of England, in 1742.

The local government slowly advanced as it was needed by the people. The Anglican Church, Virginia’s established religion, created a new parish to accommodate Louisa. It was named Fredericksville Parish and had lines similar to the county. The new parish was taken from St. Martin’s Parish of Hanover and Goochland. The people were governed by twelve vestrymen of the parish and 14 men selected as Justices of the Peace. These two groups ran the county at the behest of the King of England.

Because of its insularity Louisa was made up of small wooden homes due to the difficulty of getting materials to the interior. Mills and merchants took care of the peoples’ needs so that they would not have to travel far for goods.

During the war, Jack Jouett, Jr. rode a distance of 38 miles from Louisa to Charlottesville to warn Thomas Jefferson and members of the Virginia General Assembly that the British were coming after Richmond had fallen.

After the Revolution Louisa settled down to the business of creating a new government free from British influence. By 1818 a new courthouse and jail had been built. Because of the condition of roads, travel was difficult. Citizens had difficulties getting to their own courthouse. The greatest change for the county was the coming of the railroad. 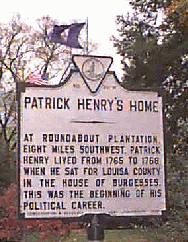 In 1838 the Virginia Central Railroad reached Louisa Courthouse and by 1840 it afforded travel through the county. With the advent of the railroad, materials and people traveled more easily.

During the War Between the States the Central Virginia railroad was vital to the supply lines of the Confederate troops. It was for this reason that Louisa County endured Stoneman’s and Dahlgren’s raids. The railroad was also the cause for the clash of cavalry at Trevilians in 1864. Despite many efforts, the North never made it through Louisa to the hub of railroad activity in Gordonsville.

The era of Reconstruction in Louisa County brought forth many changes and resentments which lasted a long time. The military occupation by Major General Alvin Coe Voris was not oppressive but the mere fact of occupation offended the local populace. One positive result of the new Virginia government was the new public school system. Littleberry Haley, as first Superintendent of Schools, brought education to the county. It was about this time that the Town of Louisa was incorporated, in 1873.

Before the turn of the century the town of Mineral was developed by mining interests in the county. Mining had been an everpresent business in Louisa County, as the county is rich in many minerals. Even gold mining existed at one time on a small scale. 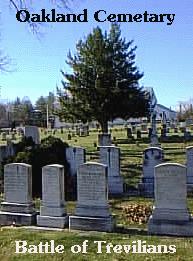 From the turn of the century through World War I to the end of the 1920’s Louisa County saw many changes. With the help of the Department of Agriculture, farming was improved in Louisa to become more progressive. These years were a time of great change in the quality of life for the inhabitants. A new Courthouse was built, roads were improved to accommodate cars and with the introduction of the telephone, communication was improved. Schools were built throughout the county for black and white.

The “Great Depression” which resulted from the stock market crash of 1929 brought many federal services to Louisa County. The Rural Electrification Administration brought electricity to the far flung farms. The closing of the banks was hard on the local farmers but most managed to survive.

World War II involved many residents in all the theaters of war: Europe, Asia, and Africa. At home, rationing and inflated prices were dealt with and endured.

Green Springs, one area of Louisa County, was established as the Green Springs National Historic Landmark District in 1973. The area contains an “assemblage of rural architecture that is unique in Virginia.”

When Virginia Power built the North Anna Nuclear Power Station in 1970, Lake Anna was created. Lake Anna is a 13,000 acre man-made lake which affords the residents and vacationers many recreational outlets.

Louisa County is also home to Twin Oaks Commune which is one of the country’s oldest communes still in existence. The commune was established by eight members in 1967.

Louisa County is made up of 514 square miles with 23,250 people. It is still considered an agricultural and rural residential county but it is one of the more rapidly growing counties in Virginia.